Iraqi-Dutch sculptor Athar Jaber has been commissioned to create a new work for ‘Jerusalem Lives’, the inaugural exhibition of the Palestinian Museum in Bir Zeit, in the West Bank of Palestine, which opens this month. Twenty-eight artists from Palestine, the Middle East and other regions, including Emily Jacir, Mona Hatoum and Oscar Murillo, will produce new work for the exhibition, which is themed around the city of Jerusalem. The aim of the exhibition is to provide new insights on Jerusalem, which, according to curator Reem Fadda, go beyond the “stereotypical clichés that mark the city, between the polarities of the nostalgic, the holy or the nationalistic.” 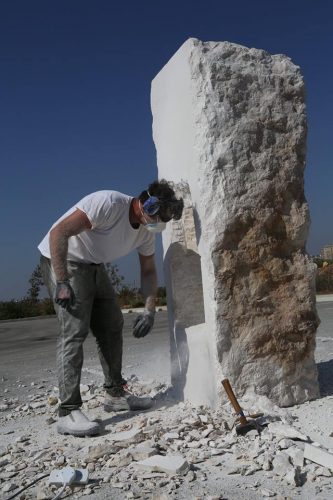 Athar Jaber lives and works in Belgium, and is an Associate Researcher and Professor at the Royal Academy of Fine Arts in Antwerp. For the exhibition at the Palestinian Museum, Jaber is creating an abstract limestone sculpture which encapsulates the different functions that stones have in Jerusalem. “Jerusalem is a city built of white limestone. Some of these are holy stones and people have developed rituals around them. Other stones are part of daily life, like the cobbled streets and stone houses,” says Jaber. He will be carving cavities into a stone slab, for visitors to slot in parts of their body, such as their hands and shoulders. “In the classical notion of sculpture the body is trapped inside the stone. It is up to the sculptor to carve it out and release it. Yet in Jerusalem it seems people want to go back into the stones by touching them, crouching inside them, seeking comfort and putting all their hopes into them.” 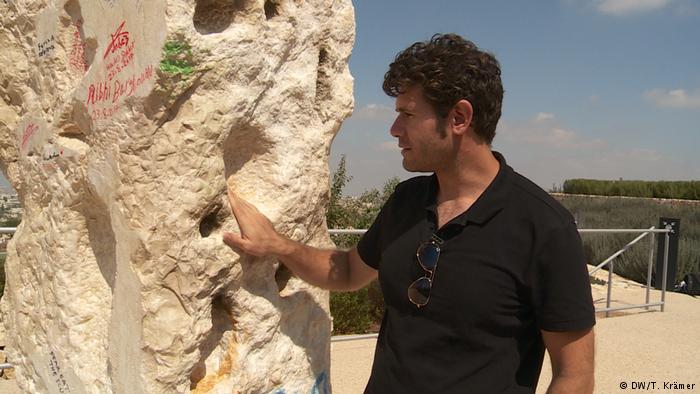 The Palestinian Museum is a new independent museum dedicated to supporting Palestinian culture nationally and internationally. Its programme includes curated exhibitions on contemporary art and on Palestine’s history and cultural heritage. It is the flagship project of the Taawon-Welfare Association. The building was designed by Dublin-based architecture firm Heneghan Peng and it is the first green building in Palestine to follow the Leadership in Energy and Environmental Design (LEED) rating.