Athar Jaber is working to produce a new artwork that will push the limits of sculptural practice while having a positive and regenerative impact on society.

“Sculpture, and I am hereby referring to stone carving, is a creative art that is characterized by a destructive process. Hammering and chiseling on a block of stone are inherently violent and aggressive actions. But they have creative intentions.”

“When ISIS stormed the Mosul Museum in Iraq 2015, the shocking footage of their destructive actions made me realize that the tools deployed by them to destroy are exactly the same tools that I daily use in my studio to create.”

Aiming to protect endangered cultural heritage sites, and in response to iconoclastic practices, in specific the destruction of world cultural heritage in Iraq, the project FRIENDLY FIRE will adopt ISIS’ destructive means and repurpose them for creative ends, while aiming at undoing the damage inflicted upon Iraq’s monuments.

After being exhibited at iconic locations worldwide, the project will be used to raise funds for the restoration of damages cultural heritage in Iraq. FRIENDLY FIRE will make a powerful statement about the positive role that art can play in society.

“FRIENDLY FIRE is an artistic contribution to soft counter terrorism: We use terrorist’s destructive means for creative ends, and we raise funds to undo their destructive actions.”

In collaboration with the Royal Military Academy of Brussels under the supervision of the Belgian Ministry of Defense, four large scale sculptures will be carved by means of firearms and explosives.

The blocks will be placed at the training facilities of the Belgian Military Forces. Athar Jaber, as a sculptor, will draw the outlines of the figures that will need to be carved out of the marble blocks. And the specialized firing squad will shoot away the material the needs to be removed to reveal the sculpture within the block.

In this way, the same destructive means deployed by the terrorist groups will be repurposed for creative ends. The whole process will be thoroughly documented.

The works will be exhibited at iconic locations worldwide to bring public attention to the fragility of endangered cultural heritage. More discrete 2-D and 3-D interventions — including video footage from the shooting/carving process – will be installed in nearby venues.

“The line between creation and destruction is very thin. It’s not about the tools, but the purpose with which one uses them that counts.” 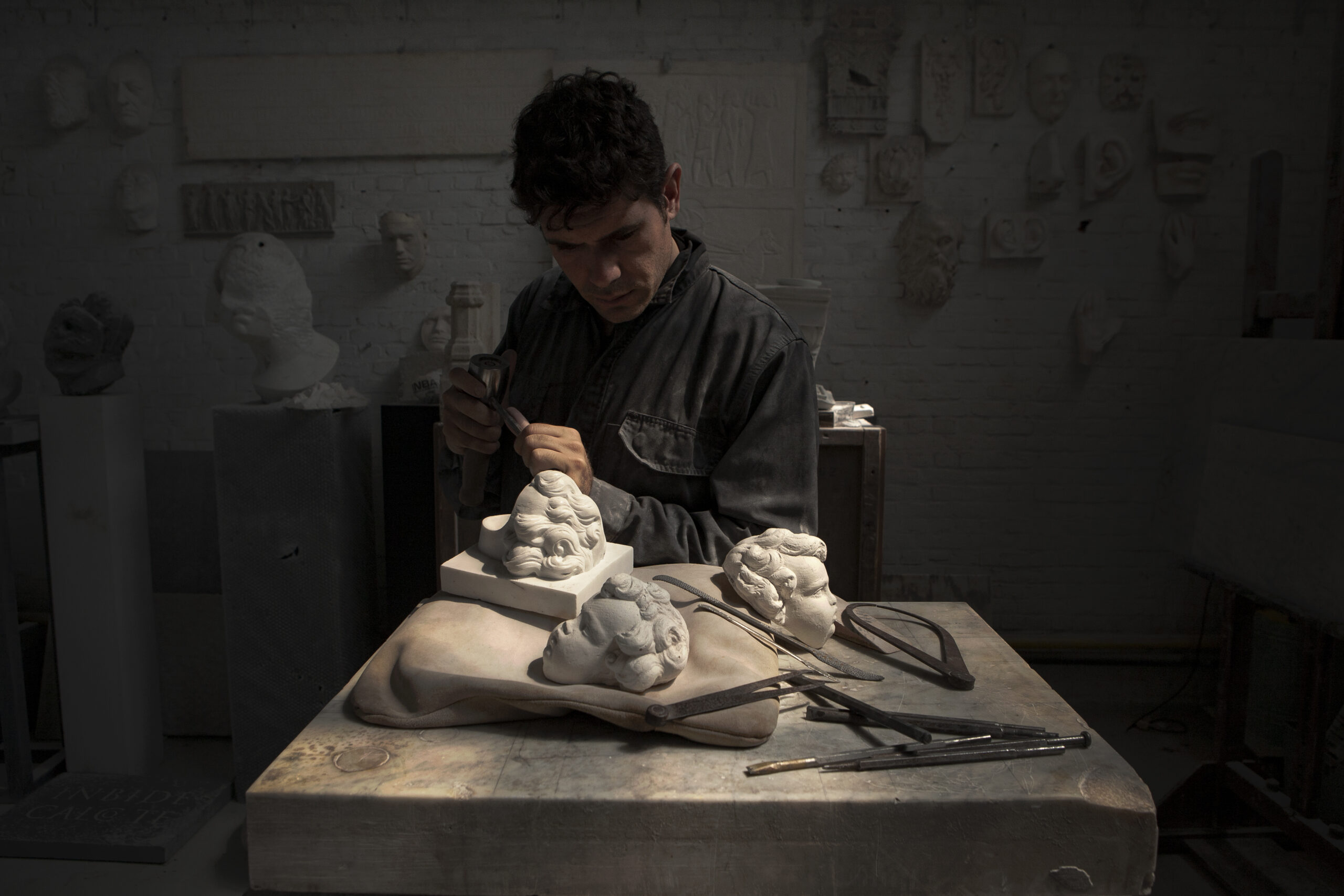 Rooted in the classical tradition, Athar Jaber carving skills feed his concern with endangered cultural heritage. While his message of social justice and activism always pushes him to search for new carving methodologies that are better suited to address contemporary socio-political issues through sculpture.

These elements, combined with his Iraqi origins make of Athar Jaber the ideal figure to carry out this project.

“The line between creation and destruction is very thin. It’s not about the tools, but the purpose with which one uses them that counts.”

When ISIS stormed the Mosul Museum in Iraq 2015, the shocking footage of their destructive actions made us all realize the fragility of our cultural heritage. Heritage is our legacy from the past, what we live with today, and what we pass on to future generations. Our cultural and natural heritage are both irreplaceable sources of life and inspiration. The monuments within Iraq remain at great risk, the war against culture is still ongoing and the battle to save the destruction of memory needs your support.

“The artist’s role is not one of mere entertainment. Artists have a responsibility towards society. We are privileged with a unique freedom and our creative practices have the power to affect change. Our position must be used to address problematic issues and contribute positively to society. But we cannot do it all by ourselves.”

Such an ambitions process requires the collaboration of many partners. It is only with the right support from partners who share the same ambition, that great projects can be realized that will have a lasting positive impact on future generations.

This is a moment when it is crucial to stand up for projects that reflect our values.

Even with our decade years of experience producing ambitious and inspiring artwork, this project is a huge undertaking! It is truly a global project, with partners based on multiple continents, and myriad of collaborators across the cultural and creative industries.

But we have always felt that in the challenge, lies the reward.

We are confident that we can pull this off! As a non-profit, we rely on the support of funders of all kinds to make artists’ visions a reality. Your support will help us realise all four sculptures that Athar Jaber has envisioned for this project, making it a truly impactful and regenerative, worldwide endeavour. We know that there are enough people out there who share our vision and desire to make this project happen at the scale we have dreamed! 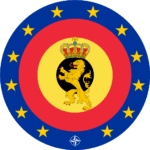