Athar Jaber was named after March, the first month of spring. It is a name universally charged with multiple ritualistic, mythological, and even political semantics, where the most common association is spring’s hopeful resurrection of life after death. The semantics of some of his works, however, have a more sinister undertone and as such, seem more connected with the views of Palestinian poet Mahmoud Darwish, who in his poem The Land, alludes to March as “the cruelest of all months”. This is also picked up by American poet T.S. Eliot in his famous work The Waste Land that bewildered readers and critics alike, where he attributed cruelty to April, another spring month. It is not only the quality of his name that informs the duality of Athar’s work, it is perhaps the cultural genes he has inherited.

His father,Iraqi artist Jaber Alwan is notorious for using deep, loud colors in his artworks, which depict various manifestations and genres of art such as dance, poetry, theatre, and music in particular. Alwan’s work is also particularly passionate about women, both in form and entity, and – as is customary of a migrant artist – he also explores issues of isolation, leading to a parallel, yet conflicting relation between the vital Eros of art and woman, and that of the loneliness of exile.

On his mother’s side, Athar is related to artist Afifa Laibi, sister of artist Faisal Laibi. Her works tend to portray intricate harmony and balance in both subject and form. Her semi-classical depiction of bodies takes her work on a continuous artistic journey of comparisons. Concepts of beauty, bodies, locations, perspectives, and even Laibi ‘s vision itself are constantly informed by visions of artists from ancient Iraq and the European Renaissance. What she presents is a challenge of the contemporary artist to her predecessors. On closer examination, her play and altercation with the persistent argument between the past and the present reflects a subtle or desired exchange between lives and spaces. Consequently, the influence of these genes (or genomes, in the sense of cultural genes) on Athar is hardly surprising, serving only as an addition to the artist ‘s other instilled affiliations from his journey through numerous cultures, geographies, academia, and influences. 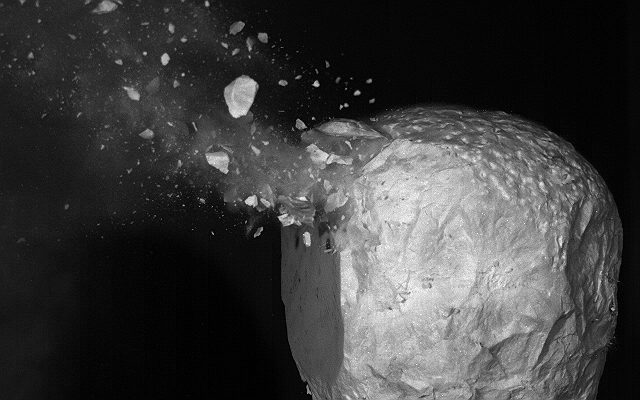 Born in Italy in 1982, Athar moved to the Netherlands in the 1990’s on an exploratory journey of history, geography, and art. The journey itself mirrors the transition from the heart of the Renaissance in the Mediterranean periphery, and the ancient historic site where Italians inherited the civilizations of Greece, Egypt, and Iraq to the centre of Europe. When he landed in the low, dewy, dark soil of the Netherlands, he continued his conscious engagement with his work as an artist and also became a professor of sculpture at the Royal Academy of Fine Arts in Antwerp, Belgium. The sociopolitical events and seemingly endless wars in his ancestral land have been another pervading narrative in his life. He was six when the Iraq-Iran war ended, nine during the Desert Storm War, and 21 during the Iraq invasion war in 2003. The savage events of war must have been imprinted on his imagination and consciousness by the overwhelming flood of images and news stories that occupied international television screens, newspapers, and films. These left a profound universal effect on politics, economy, sociology, arts and of course, our emotions. 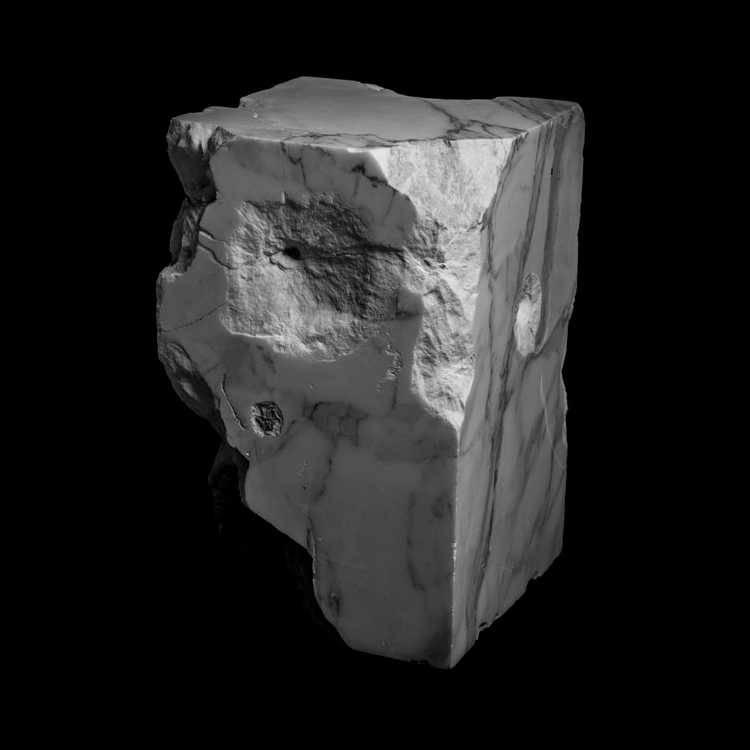 The effect of following the unfolding wars in his motherland under the gaze of the entire world is reflected in his work. Intentionally or not, the artist was a witness to the massive rift created in Iraq ‘s society and the staggering amount of pain people suffered there. We can therefore gain an understanding of the deformed faces and bodies in his work as an embodiment of the human calamity playing out in his home country. And, by knowing this personal history, the contorted gaps that misplace the eyes and cancel out features leaving only empty wounds, become painfully clear.

Athar sculpts features that have been broken under the iron force of such an abominable reality. Large fragments of steel enter his sculpture ‘s faces to fold and knead them into themselves, thereby transforming the inherent human form into what resembles old, broken statues. Heads are split open, transforming into a scream open to the void. In his larger pieces, the artist challenges the hardness of the marble. Out of the amalgamation of the coldness of the material and its harsh brilliance, he constructs works that simultaneously capture the spirit of Italian Renaissance sculptures and the agony of the modernday condition. The muscles twist, bones and veins meander, and organs attach to each other like a family of prey coming together to defend itself. The index finger points to something unknown as it strongly presses the flesh of the body. Here, the artist captures practices of hacking, amputation, and sawing, as if he is subconsciously disguising himself in the skin of his Iraqi compatriots who perhaps escalated such actions to a colossal level of horror against each other. And so, instead of a completion of body and organs, we witness instead a cavernous gap; a gap that creates a paradox between the upright muscular body and the fragmentation it has experienced. To us, this shattering could serve as a metaphor for how the passage of time changes appearances and affects aging sculptures. It could also allude to a present, whose occupants do not cease to conjure the calamities and narratives of history, converting the present into a pile of rubble. Athar ‘s shocking contestation of the traditional notions of beauty is evident by his complete dismantling of what is generally accepted to be beautiful. The face of the child, the robust young man ‘s body and the figure of the woman are all transformed into disgraceful and wounded forms, violent with macabre details. While this contestation is echoed in the works of other leading contemporary artists, Athar is clearly carving out his own space. 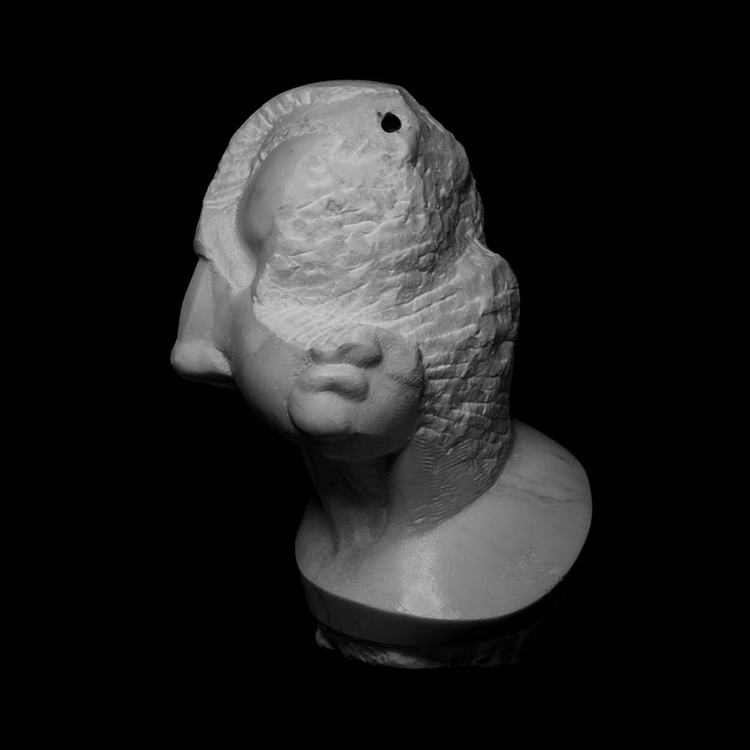 We could, for example, beckon the works of British Jenny Saville, or Syrian Sara Shamma for comparison. Despite the multiple points of similarity where the three artists intersect, particularly in the conjuring of Iraqi and Syrian sagas for Shamma and Athar, a closer look reveals the influence of his works from different areas. Accentuating these disparities is in Athar ‘s interest, as highlighting these distinctions would deepen the understanding for the originality of his works. The finger pressing the flesh in Athar ‘s sculpture is a reminder of Jenny Saville and Glen Luchford ‘s painting Closed Contact, where some of Athar ‘s projections prompt the outlines of that work. The similarities end here, however, as Saville ‘s concerns come from the depth of the European art heritage of the preoccupation of the self and its rupture. As for Athar, one could say that his works come from the rift that stand between two civilizations, from their monumental clash and its effect on humanity as a consequence of that. In conceding this torn relationship between two civilizations, and through the disorder and shattering of humans, Athar successfully captures and uniquely expresses his own very personal painful historic moment. 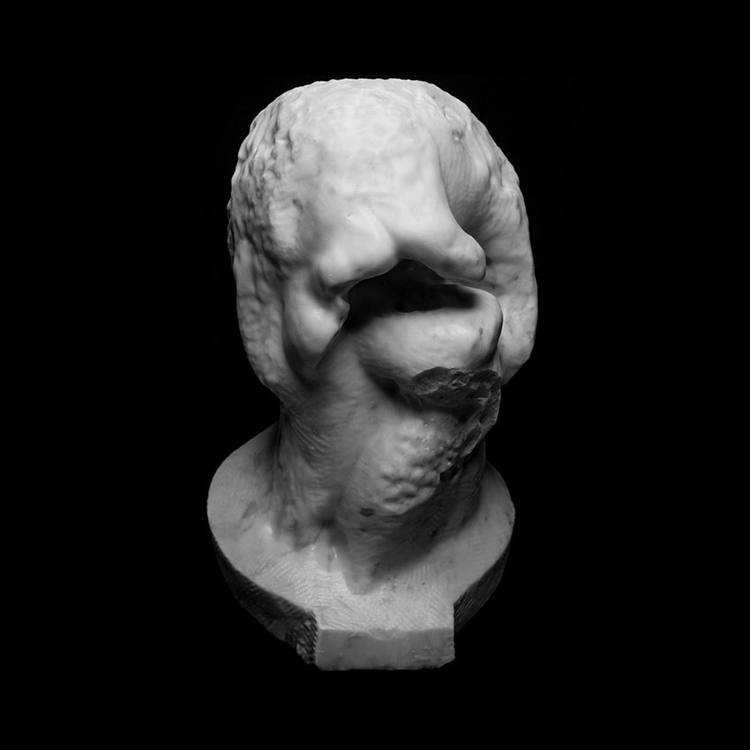